Resource booms in oil and gas have helped Canada avoid a populist uprising like the one that contributed to the election of United States President Donald Trump last November.

That’s a key finding of new ongoing research from the Vancouver School of Economics at the University of British Columbia. Professor David Green is examining the importance of Canada’s resource sector on the economy and its spillover effects on local wages.

In this Q&A, Green discusses the significance of resource booms for Canadian workers and how it helped Canada avoid a populist uprising. 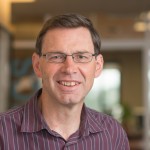 How was Canada able to avoid a populist uprising like the one in the U.S.?

Canada has been able to dodge a bullet so to speak thanks to a resource boom that hit just when manufacturing was declining. Since 2000, Canadian wages have risen, while U.S. wages fell, creating less fertile ground for disaffection among those who would otherwise be negatively affected by the decline in good manufacturing jobs.

We determined this using Cape Breton Island in Atlantic Canada as a case study, where local wages increased by 13 per cent in the early 2000s. At the time, there was a red-hot oil boom in Alberta. As many as one in eight men commuted from Cape Breton to Alberta for work at the time, with frequent direct flights from nearby Halifax to Fort McMurray.

This allowed non-commuters in Cape Breton to threaten to start commuting to the oil provinces as their cousins were doing and bargain for a better wage. Long distance commuting for work in resource extraction can spread the effect of a boom over a much wider geographic region than previously suspected.

Why did the resource boom not impact the U.S. the same way?

In the years between 2000 and the 2016 U.S. election, the average wage in Canada increased by 7.6 per cent when adjusted for inflation. Of that, we can account for about half as arising from the resource boom.

The resource boom did not have the same impact in the U.S., however, where wages have either stagnated or declined since 2000. The overall impact on U.S. wages in states that did not have extractive resource economies was roughly one sixth of what it was in Canada.

The divergent wage paths Canada and the U.S. have been on since 2000 is possibly due to the relatively greater importance of Canada’s resource sector in its economy. The U.S. labour market has also suffered more from the 2008 recession and wage growth has not been as evenly distributed across income levels.

To put it simply, Canada has been lucky to avoid a Trump phenomenon.