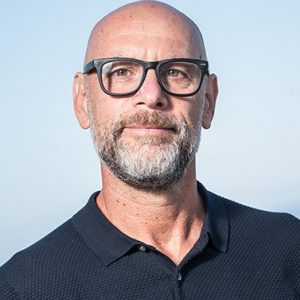 Economic researchers at the University of British Columbia are experimenting with an idea that they believe could bring more financial opportunity to poor people in developing countries. In a first-of-its-kind field experiment, they have combined peer-to-peer (P2P) banking and lending practices with mobile money networks for users to borrow and save money from one another electronically.

For their study, Dr. Patrick Francois and Dr. Munir Squires set up and ran electronic rotating savings and credit associations, or e-ROSCAs – via text messaging – in the Democratic Republic of Congo.

“Since both ROSCAs and mobile money are so widespread, if e-ROSCAs were to become feasible, then they would markedly extend borrowing and savings possibilities to many of the world’s bankless poor,” wrote the researchers, whose study was published this month in the journal Science Advances.

ROSCAs, a form of P2P banking and lending, sees members meet regularly and contribute money to a group pot. Members then take turns being the sole recipient of the collective pot.

With help from local shopkeepers, the researchers created almost 100 anonymous four-person e-ROSCAS in the city of Lubumbashi. Over the course of four days, the UBC economists found that the participants paid their correct daily contributions 88 per cent of the time and a majority of participants made all of their payments. The e-ROSCAs also generated loans at zero interest.

Previous research on ROSCAs, which typically happen in-person, has indicated that members are compliant due in part to close monitoring, member selection, and the social pressure from face-to-face contact. But the researchers’ experiment shows that an electronic version can still work effectively even when these conditions are absent or modified.

Dr. Francois and Dr. Squires said further work is needed to quantify the economic welfare effect of e-ROSCAs, but also said that their analysis suggests e-ROSCAs may offer a significant cost savings relative to face-to-face ROSCAs. Mobile money organizations could also play a substantial banking-type role if e-ROSCAs were established among its customers.