One frequently proclaimed advantage of single-payer health care is its potential to reduce administrative costs, but new research from the Vancouver School of Economics calls that assumption into question.

The study, published this week in Health Affairs, analyzed a novel dataset to develop measures of how complex the billing process is for physicians interacting with insurers in the United States health care system.

“These results are dramatic and striking,” said Joshua Gottlieb, one of the study’s authors and associate professor at the VSE. “Conventional wisdom held that it should be more challenging for doctors to bill private insurers. Yet, when it comes to Medicaid, our results show the opposite.”

Gottlieb and his coauthors were able to measure the complexity of billing Medicare, Medicaid, and private insurers while controlling for differences in physicians’ billing ability and the complexity of the patient. 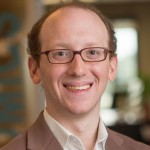 In total, the authors estimate that the disputed bills amount to $54 billion annually across all insurers, and $11 billion could be saved if all billing efficiency were improved to the best level observed in the data.

The study also found billing complexity is decreasing over time, especially for Medicaid. The researchers aid this is good news, as it could encourage more physicians to treat Medicaid patients.

“For a health care system that spends so much money on administrative costs, from 15 to 30 per cent according to previous studies, this decline is an important cause for optimism,” said Gottlieb. “Further work needs to be done to explore the reasons for this change.”

The study, “The Complexity of Billing And Paying for Physician Care”, was published yesterday in Health Affairs. Gottlieb’s coauthors are Adam Hale Shapiro, research advisor at the Federal Reserve Bank of San Francisco, and Abe Dunn, assistant chief economist in the Office of the Chief Economist, Bureau of Economic Analysis, Department of Commerce in Washington, D.C.