Fear the bubble, not just its burst, so says new research from the Vancouver School of Economics at the University of British Columbia. The emergence of a bubble can produce long-lasting negative effects in the economy, not simply from the cost of bursting.

Existing economic theories have proposed that asset bubbles can improve the allocation of financing in the economy. By raising the value of collateral, a bubble would increase the flow of credit toward productive companies. Pannella offers a different perspective. 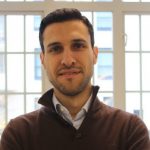 “The data shows that companies in less productive industries relatively increased their leverage in those countries that experienced a higher credit growth before 2008,” he said. “This was likely associated with the emergence of a bubble in the credit markets.”

Pannella argues that housing booms are, in many cases, fuelled by a credit boom. “Prior to 2008, many countries experienced an unprecedented housing and credit booms. Ireland and Spain, for example, saw credit rise exponentially, and these are two countries that suffered major banking crises,” he said.

In the aftermath of the 2008 financial crisis, most policy interventions were designed to restore credit flows in the financial markets. Pannella’s PhD research stresses the importance of analyzing the quality of these flows.

“Regulatory authorities should manage the issuing of debt by large private entities. In this way, the central bank can have a better control on the transmission of its monetary policy,” he said.

Pannella’s PhD research on credit bubbles and misallocation won him this year’s Bank of Canada Award for the best graduate student paper. This fall, he joins the Sao Paulo School of Economics as an assistant professor.