The VSE community was deeply saddened this week by news of the death of Professor Emeritus Tony Scott. UBC has lowered the flag on campus in his honour this week. 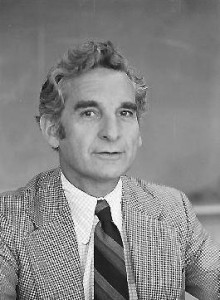 Professor Emeritus Anthony Dalton Scott, OC, FRSC, passed away on February 17, 2015. After completing undergraduate degrees at UBC in Commerce and in Arts, Tony continued his graduate studies at Harvard and the London School of Economics, returning to UBC in 1953 to teach in the Department of Economics, where he was Chair from 1967 to 1971. After retiring from teaching in 1989, UBC conferred upon him an Honorary Doctor of Letters in 1992 in recognition of his pioneering contributions to the field of resource economics.

Tony was also the recipient of several other honours and awards, including Fellow of the Royal Society of Canada in 1969, Honorary Doctorate from the University of Guelph in 1980, and Officer of the Order of Canada in 1982. In 1987, he received the RSC’s Innis-Gérin Medal.

“Tony was a first-rate scholar who made major and lasting contributions in the field of resource economics, and a was builder of economics in Canada and at UBC. He was, among many other things, the founding president of the Canadian Economics Association, a chair of our department, and a publicly engaged economist who made important policy contributions in the areas of natural resources and federalism,” says Prof. Thomas Lemieux, VSE Director. “The VSE would not be what it is today without Tony Scott.”

Tony’s research interests developed in three areas: the economics of federalism, federal- provincial relations, and the problems of regionalism; the economics of natural resources, particularly as it relates to mining, energy and fishery problems; and the organization of international environmental coordination. He also studied the economics of the development of private tenures of mineral, timber, water resources and fisheries.

‘’On top of all this,” notes long-time colleague John Helliwell, “the many editions of Samuelson and Scott’s Economics provided the first doorway into economics for many thousands of Canadian university students. At the graduate level, he was a visionary leader who helped make Canada, and especially UBC, in less than two decades a producer of first-rate PhDs in economics while keeping and improving the MA as an effective professional degree.”

Thanks to generous donations by Dr. Scott and his family over the years, the UBC Archives holds a diverse treasure of his work: correspondence, publication manuscripts and off-prints, lecture and course notes, and research files. Further information about these holdings may be viewed at this link: http://www.library.ubc.ca/archives/u_arch/scott.pdf.  As well, Ron Shearer has kindly composed a short essay of the key people and activities occurring in the economics department during Dr. Scott’s term at UBC. Click here to view essay

A memorial service will be held on February 28, 1 p.m at the Celebration Hall of Mountain View Cemetery.

Two fellowships have been endowed to honour Tony Scott’s contributions to UBC and the Vancouver School of Economics. One fellowship is available to an incoming graduate student and a second is intended to support thesis research by a senior graduate student in one of Professor Scott’s fields of interest. A memorial donation will help create a legacy for Tony at UBC, by supporting graduate students who reflect his values and are following a path created by his leadership. Donations may also be made to support an initiative to honour Tony Scott’s memory in the Iona Building, the new home for the Vancouver School of Economics. To learn more, please view the memorial page in Tony’s honour; or contact Lisa Fratpietro at 604-822-9213 or lisa.fratpietro@ubc.ca.