“I am honored that the Canadian Economic Association selected my research as worthy of the Rae Prize,” says Dr. Trebbi. “I feel I share this recognition with my great coauthors here at UBC, without whom these recent contributions would have not been possible: My fantastic colleagues Matilde Bombardini and Patrick Francois and my outstanding Ph.D. student Chad Kendall.” 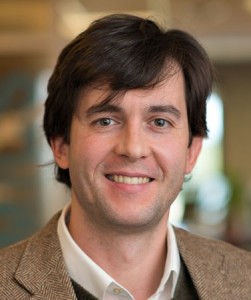 “The 2014 Rae Prize recognizes his work in empirical political economy in particular, with reference to lobbying, regulation, voting, and coalition formation, which specifically has contributed to our understanding of the recent financial crisis,” noted Dr. Gregor Smith, chair of the selection committee. “His highly-cited work has appeared in such outlets as the American Economic Review, the Quarterly Journal of Economics, and Econometrica.”

A graduate of Harvard University with both an M.A. (Economics) and a Ph.D. (Economics), Dr. Trebbi has been teaching economics at UBC since 2010. He is a Research Associate at the National Bureau of Economic Research, a Fellow of the Canadian Institute For Advanced Research, and co-editor of the Journal of Public Economics.

Since 1994, the Rae Prize has been awarded every two years by the Canadian Economics Association. The Prize is awarded to the Canadian economist with the best research record during the last five years. As a Rae Prize recipient Francesco joins an elite group of 11 economists, including five other faculty members from VSE [Thomas Lemieux (1998), Mike Peters (2002), Hao Li (2006), Paul Beaudry (2008), and Michael Devereux (2010)].