Kudos to Associate Professor Matilde Bombardini, winner of the Harry G. Johnson Prize for best paper in the Canadian Journal of Economics in 2012. The winning paper is “Firm Heterogeneity and Ricardian Trade: the Impact of Domestic Competition on Export Performance.” (with Chris Kurz and Peter Morrow) Canadian Journal of Economics, Vol. 45, Issue 2, May 2012, pp. 585–612. 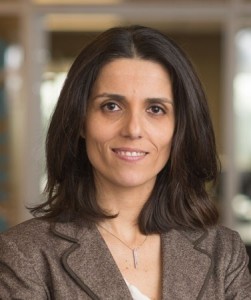 The paper develops and empirically examines a model of relative productivity differences both within and across industries for small open economies. The authors decompose the effect of industry productivity on export performance into direct effect of own firm productivity and an indirect effect of higher peer firm productivity. In a sample of Chilean and Colombian plants, they find evidence of both a positive direct effect and a negative indirect effect. The empirical evidence supports a theoretical prediction that industry-specific factors of production and asymmetric substitutability between domestic and foreign varieties drive the negative indirect effect.

In addition to her work as an Associate Professor, Bombardini is also a Fellow in the Institutions, Organizations and Growth Program of the Canadian Institute for Advanced Research and a Research Associate in the Political Economy Program of the National Bureau of Economic Analysis. Her research covers various aspects of international trade and political economy, with a focus on the link between skill distribution and comparative advantage, the lobbying decision of firms and the behavior of lobbyists.

The Harry G. Johnson Prize is named in honour of distinguished Canadian economist Harry G. Johnson, who died in 1977. The Prize is awarded at the annual meetings of the Canadian Economics Association and is selected by a committee of three. The prize was incepted in 1977 and has a cash value of $5,000.