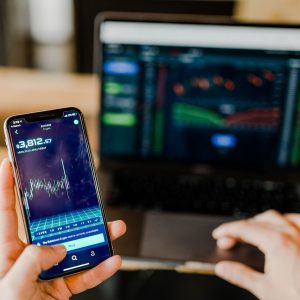 Individuals with their relationships and beliefs define the society in which they live. New data and innovative methods will provide an opportunity to observe individual relationships and their impact on political, social and cultural behaviour, and the subsequent impact on economic growth and development.

Understanding the distributional consequences of air pollution is a fundamental input into health care and tax policy. This project will investigate the effect of air pollution on human health and healthcare utilization, and examine how these effects differ across socioeconomic status (SES) groups, and identify the underlying mechanisms driving these differences.

Collateral Damage: The Legacy of the Laos Secret War

U.S. conducted a “Secret War” in Laos from 1964-1973, making it the most heavily bombed country per capita in human history This project documents the negative long-term impact of conflict on economic and social development, using highly disaggregated data on bombing campaigns and nighttime satellites.

This projects proposes a new ‘bounding’ method to link large-scale datasets that lack unique identifiers. Aim is to study the bias created by sample selection when using historical US Census data in applied empirical work.

Aim of the study is to understand how meritocratic promotion affected China’s GDP before and after the 2012 corruption crackdown.

A large procurement auctions data set as a source of identification

The objective of this project is to obtain a large administrative data set. It contains firm-specific quasi experimental shocks that will be useful in the study of labour markets and firm behaviour.

The Real Effects of Accounting Measurement

This project deals with the use of innovative regulatory data to test a theory of bank Regulation. The theory provides an explanation for the contribution of accounting standards in the banking sector to the financial crisis.

In this study researchers proposes to work with the Ontario Securities Commission (OSC) to measure the risk attitudes of a sample of investors who are working with financial investors to develop a retirement investment plan. Goal is to create a choice-based measure that is relatively brief and simple.

Trust Unraveled: The Long Shadow of the Spanish Civil War

This project aims to study the impact of the Spanish Civil War on social capital, using geo-located data on historical mass graves and disaggregated modern-day survey data on trust.

For the first time since 2002, local-level democratic elections are going to be held this summer in rural Uganda. One unique component of this election is the voting procedure. This project will conduct an observational study of this unique election process.

What Does Health Insurance Insure? Evidence From Big Data on Insurer Coverage Decisions

Cousin marriage in the U.S.

The cross-country correlation between rates of cousin marriage and economic and political outcomes is strongly negative. Causation is unclear, but cousin marriage may impede integration, societal trust, and political participation by sustaining tightly knit clan structures. This proposal will study this question by exploiting US state-level legislation banning cousin marriage in the 19th and early 20th century.

The purpose of the project is to create longitudinal data for the US between 1900-1940 by linking individuals across decennial US Censuses, that are now available in their entirety. This will allow researchers to study issues regarding mobility—geographical, occupational, intergenerational—during the early 20th Century.

Data Science and Scientific Computing Infrastructure for Classes and Research

How Trust, Beliefs and Information Help Institutions Work: Field Experiments on ROSCAs in the Congo

The importance of institutions is a central topic of economic development. Despite this importance little is understood about what makes institutions function better in some settings than in others. We propose to test the effect of pro-social values (such as trust or altruism) in the functioning of a common and economically relevant institution.

This project will use CV data of the individuals from EconJobMarket (EJM) and from PhD economists’ subsequent CVs into a longitudinal data set of the careers of every economist who’s received a PhD in North America since 2009. These data will be paired with job application data from EJM to create a complete data set of initial conditions at the time of the job market and early career outcomes. This study will help to match and to test for gender disparities.

The Health Consequences of Coal-Fired Power Plants: Evidence from the Fracking Revolution

Innovative machine learning techniques will be used to determine the consequences of the shift from coal to natural gas, due to the fracking revolution, on the air quality. Further effects of changing air pollution will be measured on illness, hospitalization, and mortality among the Medicare population.

Administrative data set from Ontario Universities’ application Centre would be used to test whether high school students’ choice of college application portfolios is consistent with the No Safety School Theorem. These findings would have implications for researchers who model simultaneous search problems and researchers interested in post-secondary education.

Natural language processing of geo-located statements on social media in combination with data from recently deployed pollution monitors will be used to estimate the extent to which localized information on environmental threats is incorporated into households’ daily activity choices. This study will uncover hidden relationships between social media content such as tweet and local unemployment conditions.

Since when did Education Matter: a study of 19th Century English Education

This project will study the effects of education on intergenerational mobility, using British census and parish school data from the late 19th and early 20th centuries. Probabilistic matching, big data methods, and optical character recognition software will be used to link census records and parish education data. This information would be useful to study the relationship between education and labour market outcomes.

The Evolution of Wealth Inequality in Canada between 1982 and 2014: A New Perspective Based on Newly Combined Data on Assets and Liabilities

The objective of this project is to characterize both the level and evolution of wealth (net worth) inequality in Canada between 1982 and 2014. It will further examine its effects on different groups based on gender, age, family structure, region of residence, income, and portfolio composition. It will provide detailed overview of the distribution of net worth within Canada.

Innovative Use of Data for Better Gatekeeping in Emergency Department

The decision to admit an emergency department (ED) visitor to the inpatient units or discharged home is constantly being made by the ED doctors every day. This proposal will study some non-clinical factors that help guide those decisions.