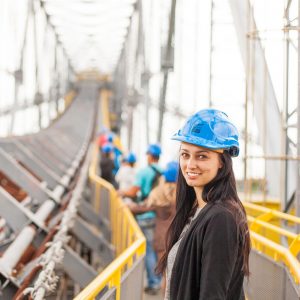 Economic growth depends on the functional interaction between workers and employers, hence it is important to understand the relation between the two.  Data collected will shed new information on the wages, employment level due to migration, participation rate, management of recessions and GDP.

This project will be a Randomized Controlled Trial (RCT) aimed at studying the impact of ethnic heterogeneity (religion and caste) on team production in a large firm that produces packaged bakery products in West Bengal, India. This study will show whether greater integration at workplace can positively affect perception, reduce existing prejudice and in turn impact productivity.

The proposal is to link the Employment Insurance Status Vector and the Longitudinal Worker File. This will help to understand a range of novel and policy-relevant research questions about unemployment behavior and the labour market that are not answerable with either data set separately.

Income Inequality, Wage Rates and the Returns to Education: Trends and Cross-Country Comparisons

This project aims to study the rise of income and wealth inequality by quantifying the contribution of the increase in labor income inequality to the rise in total income inequality over the last five decades using data from four major economies – the US, the UK, France and Germany.

frequently transition across these categories. This project will use to use a combination of restricted administrative data and back-end data from online job boards to identify labour markets defined by the network of worker transitions.

Economic Development and Labor Market Dynamics in the British Empire

Digitized internal personnel data of the bureaucrats of the British Empire for the years 1863 to 1966 (including all former colonies but India) will be matched with the historical colony-year socioeconomic and political outcomes to study the study the dynamic decision making and allocation process of colonial administrators in the defunct British Empire and link it to colonies’ past and present performances.

This project will use field experiments and structural estimation, to estimate the changes in market efficiency when algorithmic recommendations are offered to all market participants. The study will also measure the effect of recommendations on the well-documented human biases and find whether they are corrected or amplified by the algorithms in the long run.

Using administrative data for all the immigrants who arrived in Canada after 2000, the impact on job creation will be measured. This study will suggest how migration plays a role in job creations and how does it fit on the model in which an increase in the available number of workers makes it easier for entrepreneurs to try out new ideas.

How do Bank Bailout Affect Firm Decisions? Evidence from Danish Banks and their Customers

Detailed bank and firm level data building on administrative data will be used to study the relationship between banks and the firms that they lend to, particularly when the banks faced a credit crunch during the financial crisis. This will help to understand in the determinants of banks that applied for a bail out, and the firm responses to their banks receiving the bail out from the government.