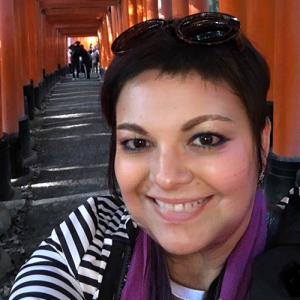 Rohini Hira jokes her first job after graduating from UBC was that of a drug dealer.

In reality, Hira (BA’82) got her start in the pharmaceutical industry, working in various roles in medical sales, business development, marketing, and eventually executive management as a vice president.

“I ended up having a dynamic career in the life sciences sector, with the companies I worked for ranging from big pharma, funky biotech, new medical ventures focused on medical technology and equipment, and medical internet publishing,” she said.

A career highlight, Hira helped launch a medical start-up company in the mid-1990s that grew from two employees to 75. She serendipitously sold the majority of her founder shares two days before a market crash in 2000. The company would later be purchased by WebMD, a top online publisher of health information.

Hira later worked as a consultant to help medical ventures with their commercialization efforts. “I met a lot of interesting people, and helped commercialize several novel, ground-breaking technologies in the medical field,” she said.

Her degree in economics has also proved useful as an investor, which has allowed her to pursue her love of travel and more creative pursuits, away from working life.

Hira reflects on her career & UBC experience in this Q&A.

Why UBC?
UBC had the reputation. I also got to live in residence for three years and be involved in a variety of activities. I was a member of the Ballet Club, and I remember one of my early jobs was working in the Student Union Building selling concert tickets at the info booth.

Why study economics?
At the time, the general consensus among my peers and friends was to just get a degree in anything and figure it out from there. I come from a family of lawyers, but I knew I didn’t want to study law. I think economics spoke to my analytical and creative sides. I enjoyed aspects of math and statistics, and it was intellectually stimulating. Admittedly, I took as many literature courses as I could, despite economics as my major. The humanities was always my strength.

How did your degree help you in your career?
Because I worked in the medical technology field (including big pharma and biotech), I was working with a lot of CEOs who had medical or engineering backgrounds, and I was often appreciated for bringing a different approach to the business of launching or commercializing a product. A liberal arts background allowed me to propose unique solutions, and I could look at things differently, while still learning the science behind the technology very quickly. My ability to offer unique, creative perspectives for market opportunities proved particularly useful in tough markets.

What is your advice for new grads?
I believe networking relationships are critical to any industry. Put your energy out there. My success came from the strategic relationships I developed. I would also tell older grads to pay it forward. I’ve been able to coach young women in the business world, and connect them with my professional contacts. It’s led to them landing some really exciting jobs. 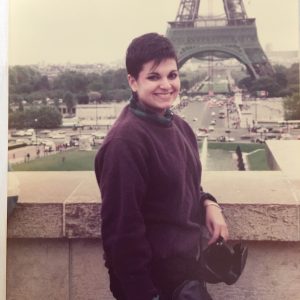 Rohini in Paris, one year after graduating from UBC.

Born in Mombasa, Kenya, Hira moved to North Vancouver with her family at age nine. Last summer, she returned to Kenya, and explored where her grandfather’s store used to be, as well as her dad’s old law office, and her former family home and neighbourhood. She has travelled extensively throughout Asia, Africa, Europe and the Americas, and calls Paris a second home.

She regularly enrolls in continuing studies courses at UBC and Simon Fraser, and is a regular attendee of the Green College lectures at UBC.

A devoted cinephile, Hira is a supporter of the Vancouver International Film Festival each year. “I buy the pass and go from early morning to late at night,” she said. “I normally need a vacation afterwards.”

Her next trip is to Argentina, planned for the end of this year.