Heather Sarsons’ career in academia began as a proverbial example of Hickson’s “If at first you don’t succeed, try, try, try again.”

The UBC alumna (BA Honours ’11) applied to graduate school twice and didn’t get in. Discouraged, but persistent, Sarsons reapplied successfully and later went on to complete her PhD in economics from Harvard University. She is currently a postdoctoral fellow at the University of Toronto.

This summer, she will join the University of Chicago as an assistant professor in microeconomics.

She discusses her time at UBC and her research in a Q&A. 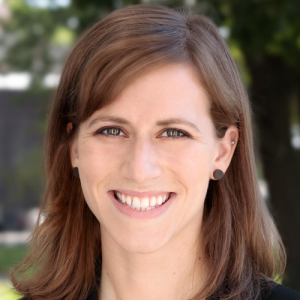 I started at Queen’s in the commerce program, but I was drawn to economics after a few classes. I researched a couple of different schools and took note of UBC, specifically the Honours option in economics. I had the opportunity to write a thesis about the correlation between income fluctuation and droughts in India. I’m also originally from Saskatchewan, so studying with mountains around appealed to me.

What was the best part about studying at UBC?
The people I met were amazing. Being a part of a large, international student body was great. I also ran on the cross country team, which was a lot of fun.

What was your journey to from UBC to Harvard like?
I applied to graduate school twice, and didn’t get in. It was discouraging, but the faculty in the economics department at UBC were super supportive. They wrote letter after letter for recommendation for me. I tried again. I eventually got a job as a research assistant, with the help of a faculty member, and that helped a lot.

As an economics researcher, what does your work primarily focus on?
I do work on gender and race inequality in the U.S. and Canada. It’s a mix of labour and behavioural economics. I’m interested in how people form beliefs about others, and how those beliefs or biases can influence hiring and promotion decisions. One paper I’m wrapping up right now looks at how a person’s gender influences the way others interpret their ability to perform a certain task, specifically referring physicians to surgeons. The paper shows a male surgeon’s success on the operating table is attributed to his skill, but a female surgeon’s success is sometimes attributed to luck, or her receiving help. This impacts the number of medical referrals physicians make to male and female surgeons.

Do you have advice for graduating students?
I am really happy to be working in academia; you get to spend your time thinking about things you find interesting and important. I think graduate school is something you should do if you really love research. If you do, apply very broadly to schools.