A Category 5 hurricane is headed straight for the Gulf of Mexico with gale-force winds of 45 miles per hour. Evacuation is imminent in several U.S. coastal cities and thousands of homes could be destroyed. Hundreds of people may die or entire communities wiped out. How should government officials respond and what will be the economic impact in the wake of such a disaster?

Tackling this kind of scenario was just another day at the office for UBC alumnus Verne Loose, who spent the latter part of his career analyzing the economic and social impacts of hypothetical disasters for the U.S. Department of Homeland Security.

“We would do analysis around the clock and report in real time back to Washington,” said Loose, who also analyzed oil spills and terrorist attacks, in addition to extreme weather events like hurricanes. “Our hypothetical impact studies provided information to government to make decisions on disaster prevention, clean up and recovery.”

But before Loose navigated the economics of disasters, he was a PhD student at the University of British Columbia in the early 1970s.

“I came to UBC to study with Anthony Scott, then referred to as the father of resource economics,” said Loose, who made the move from Colorado to Vancouver with his then wife, settling in the city’s West End.

His PhD in the Dept. of Economics, now the Vancouver School of Economics, focused on optimizing the current and future profits from a salmon fishery, using computer and mathematical models to maximize its economic value.

“Life in Canada was similar to the U.S., but distinct in particular ways,” said Loose, who still keeps in touch with several of his UBC colleagues. “The people were friendly and the camaraderie I felt in the department was something special.” 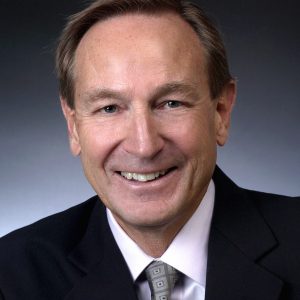 After finishing his PhD, Loose moved back to the U.S. to take a job as a technical staff member with the Los Alamos Scientific Laboratory in New Mexico, a site most known for the Manhattan Project, which produced the first nuclear weapons during World War II.

It is here where Loose spent the majority of his career, using the world’s largest and fastest computers to help create the most economically productive strategies for coal, natural gas and nuclear power, and doing research on renewable energy including solar, wind and geothermal. He used the knowledge from these studies to help improve the energy economies of developing nations.

“In the late 70’s and early 80’s, central America and Mexico were importing diesel fuel to power generators, buying the fuel at high prices,” said Loose, who as program manager led a team of 60 people in multiple foreign countries. “We were trying to help them develop resources within their own countries to offset the costs.”

“We did it very successfully for five years and I know the project ended having improved energy economics for many of the countries involved.”

A tenor in retirement

Loose, who turned 74 in October, is now retired, but still does pro-bono work on climate and carbon pricing initiatives from time to time. A proud grandfather of three, he lives in Tuscon, Arizona where he enjoys hiking, swimming and pickle ball – a sport that combines elements of badminton, tennis and table tennis. He is also a tenor in the Tuscon Masterworks Chorale, singing the likes of Bach and Mozart.

“Looking back at my career, the education I received from UBC was so good I could readily compete with people who were educated at the top universities in the U.S., like Stanford and Harvard,” he said. “I gained a solid grounding in advanced economic theory and practice from UBC and I’m really grateful for that.”

Loose’s affinity for UBC runs in the family. His granddaughter, Vida, started first-year in the faculty of science at UBC this fall.

“She fell in love with the campus, which has become even more beautiful than what it was nearly 40 years ago,” he said. “UBC has transformed.”