The Vancouver School is Economics is proud to present Monika Piazzesi, Joan Kenney Professor of Economics at Stanford University, on Learning About Housing Cost.

We use new micro data from household surveys to study expectation formation during the ongoing German housing boom. We find that renters, especially those who live in `hot’ regions where house prices have appreciated the most, are expecting future house prices to appreciate more than owners.  On average, households predict reversal to trend and, hence, underestimate actual price growth.  A model of learning about housing cost can explain these facts: renters pay for housing services and consequently may understand their value better than owners, who simply consume them. As a result, renters have higher forecasts in booms, whether they are driven by a recent increase in rents or whether they reflect a recovery from a recent downturn in prices. The model is also consistent with survey data on households’ plans, price and rent forecasts, and reported sources of information. 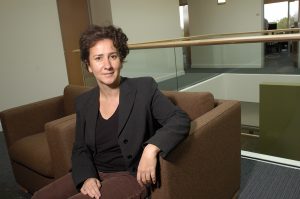 Monika Piazzesi is the Joan Kenney Professor of Economics at Stanford University. In 2005, when she was Assistant Professor at the University of Chicago Business School, she won the Germán Bernácer Prize. The following year, she won the Elaine Bennett Research Prize. Her research focuses on asset pricing and time series econometrics, especially related to bond markets and the term structure of interest rates.