Join the Vancouver School of Economics as we bring together some of the world’s leading happiness experts to discuss the latest research on happiness and how to translate this research into actionable ideas.

Following the panel, guests are invited to a light reception. 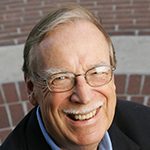 Richard Easterlin is widely agreed to be the founder of the modern economics of happiness. He is currently University Professor and Professor of Economics, University of Southern California. He is a member of the National Academy of Sciences and a Distinguished Fellow of the American Economic Association. He is also a Fellow of the American Academy of Arts and Sciences, the Econometric Society, and the Institute for the Study of Labor (IZA), and is a former president of the Population Association of America, Economic History Association, and Western Economic Association International. He is the author, among other things, of Happiness, Growth and The Life Cycle (2010), The Reluctant Economist (2004), Growth Triumphant: The 21st Century in Historical Perspective (1996), and Birth and Fortune: The Impact of Numbers on Personal Welfare (1980; 2nd ed. 1987),  and editor of Happiness in Economics (2002). His current research is on the association between economic growth, public policy, and subjective well-being. Website 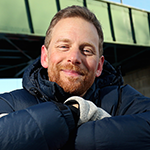 Charles Montgomery is an award-winning author, urbanist and creator of transformative interventions improving wellbeing in cities. His acclaimed book, Happy City: Transforming Our Lives Through Urban Design, examines the intersection between urban design and the emerging science of happiness. Collaborating with the Guggenheim Museum, the World Health Organization, the City of Vancouver, the Congress for the New Urbanism, Smart Dubai and others, Charles harnesses unique experiments to alter relationships between people and their cities. As founding principal of Happy City Lab, Charles leads an interdisciplinary team helping governments and property developers on four continents to translate evidence into pragmatic plans to achieve healthier, happier societies. Website 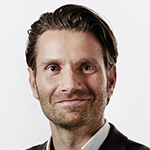 Meik Wiking is the Founder and CEO of The Happiness Research Institute, Research Associate for Denmark at the World Database of Happiness. He holds degrees in business and political science. Meik Wiking is a New York Times and The Times bestselling author and his books are translated into more than 35 languages. Website

John Helliwell is Emeritus Professor in the Vancouver School of Economics, Distinguished Fellow of the Canadian Institute for Advanced Research, and Co-editor of the World Happiness Report. Website