How women & girls get political power

Women are less likely to be thought of as politically influential than men, even after controlling for socioeconomic status or political participation, finds a new working paper from the Vancouver School of Economics (VSE) at the University of British Columbia.

“Research has generally tried to explain why women don’t enter the political sphere, but has failed to explain whether the social and political capital women gain from these experiences is different than men,“ said lead researcher Cesi Cruz, an assistant professor jointly appointed at the VSE and the Dept. of Political Science at UBC. “It’s the social process of political engagement that needs to be closer examined.”

In a Q&A below, Prof. Cesi Cruz, discusses the findings of her paper, Gender, Social Recognition, and Political Influence, which uses the recent Philippines election as a case study. 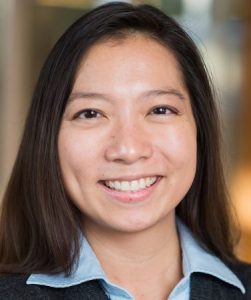 Your paper finds there is a gendered dimension to political influence. How so?

The factors that are thought to typically contribute to influence, like political connections, dynasties, or wealth, are stronger determinants of influence for men, while a more complex web of social factors determines whether or not a woman is considered influential. Women gain political influence based on their social networks, and their work in the community. For example, if they are a part of community efforts to improve infrastructure, clean up the neighbourhood, or if they are a part volunteer work that’s attached to community associations. Women may also face greater barriers to political engagement as the social perceptions and community assessment of these activities, like running for office or politically organizing, is itself gendered.

How was this research carried out?

The methodology we used was surveys to collect data, and social network analysis. That’s because for us we were interested in traits of individuals or how individuals think about politics, how communities think, how societies think about these types of questions. We use surveys to map out these networks of political influence within these small communities, asking them who they know, but whose opinion do they respect when it comes to politics.

What are the implications of your findings?

There’s a lot of effort in many parts of the world that focus on trying to get women to run for office, or become more politically engaged. What this paper shows it that we can’t really solve the gender gap in politics by simply going to individual woman and getting them to run. We need broader societal change. Until we get to the point where the types of activities women do in politics are rewarded by influence and recognition, in the same way as men, any efforts only scratch the surface of solving the problem.