Today’s prosperous economies owe wealth to engineers of the past

The more engineers a country had at the turn of the 20th century, the more well-off it would be today, according to new research from the Vancouver School of Economics (VSE).

Using case studies and empirical evidence from the United States and Latin America, the researchers found the number of engineering graduates per 100,000 male workers a nation (state or county) had in 1880 is correlated with a countries’ present day income. The data suggests that even a slight variation from the average number of engineers a country had at the time can account for up to 30 per cent difference in a country’s current wealth. 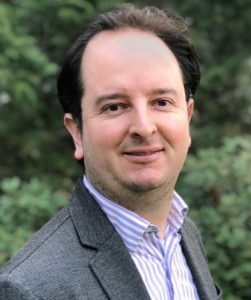 “Our work offers the first systematic historical evidence on the role engineers played in driving modern economic growth,” said Felipe Valencia Caicedo, VSE professor. “The amount of advanced technical human capital, or lack thereof, explains why countries with similar levels of income at the turn of the 20th century diverged so much economically over the next century.”

The researchers argue a country’s innovative capacity, the ability to adopt and improve upon new technologies, is determined by its supply of human capital: domestically trained engineers who could manage these new technologies. To further test this claim, they studied the Morrill Act, which led to the creation of land-grant colleges in the U.S.

“Making investments in education proved to be critical for the economic growth of these nations over the last 100-plus years,” Valencia Caicedo said.

In the case of the U.S., the researchers point out “the U.S. started relatively early and energetically in the training of engineers” with the establishment of its first engineering school in 1802. With a growing number of engineering programs in the 1800s, the U.S. was able to train more engineers and grow its human capital.

This is in a contrast to Spain’s economy, which has stagnated over the last century. The researchers argue that during the Second Industrial Revolution, Spain prioritized spending on religious public goods over mass education, thereby reducing their innovative capacity.

“In today’s global economy, nations should be mindful of their economic history, so as to make better investments for the future,” said Valencia Caicedo.

The research, co-authored by William Maloney, Chief Economist of Equitable Growth, Finance and Institutions at the World Bank, is part of a working paper, Engineering Growth: Innovative Capacity and Development in the Americas.