Giovanni Gallipoli on the Costs of Occupational Mobility 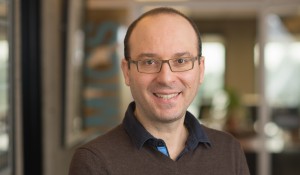 VSE Marketing recently sat down with Economics associate professor Giovanni Gallipoli to discuss his research paper, “The Costs of Occupational Mobility,” and the relevance of his research in navigating todays ever-changing job market.

In short, Gallipoli’s research, co-authored with (former VSE PhD student) Guido Matias Cortes of the University of Manchester, discusses the costs faced by workers when changing occupation and defines the relative importance of task content as a component of total mobility costs. The research links worker flows to both occupation characteristics and transition costs, revealing that while transition costs vary widely across occupations, increasing with the dissimilarity in the mix of tasks performed, their biggest driver is not related to tasks but rather to task-independent occupation-specific barriers.

Gallipoli’s research generally relates to the role of heterogeneity in shaping both individual behaviors and aggregate economic outcomes. He has worked on a variety of topics, including the general equilibrium effects of government policies that promote skill formation; the effects of family interactions on labor supply, children outcomes and intergenerational mobility; and the role of workers’ skills within countries in shaping international trade patterns. He is a past Fulbright Scholar, and a recipient of the Young Economist Award and, later, of the FEEM Award of the European Economic Association.

His career path is perhaps one possible example of what his research findings suggest: becoming an academic requires that a worker bear direct as well as implicit costs, for time and training, which make it effectively very hard to pursue if already in other professions (no matter how close to academia they may be).

This paper attempts to quantify the barriers to occupation mobility. These barriers are features of the job itself or features of the job market that prevent people from changing occupations. While the tasks performed on a job are obviously important when contemplating an occupation transition, they are not nearly as important as other barriers that have little or nothing to do with the tasks performed. These other barriers have instead to do with things like unionization, licensing requirements, and vocational training which effectively restrict access to some jobs. While some of these restrictions may be actually desirable (as a form of quality control) we find that they often restrict mobility even between jobs with very similar task requirements. This means that even relatively easy transitions across similar jobs may be hindered by a lack of access.

We consider the relationship between estimated access costs and unionization, vocational training restrictions and/or licensing rates. All of these measures display a clear positive correlation with the access costs obtained from our estimation.

Our framework yields fairly reliable estimates of access costs that are related to a variety of empirically measurable proxies. Interestingly, different access restrictions are important in different occupations, as we discuss in the paper.

It might seem natural to think that people move across jobs that require similar skills and entail similar tasks: however, we find that task content only accounts for a small part of the observed mobility and what really drives mobility (or the lack of it!) is a set of barriers (access costs) which appear related to the way the labor market and the occupation system is structured. Arguably, some of these barriers may restrict occupation transitions that would otherwise take place. In this way they reduce aggregate welfare and reduce workers' mobility. One thing we notice is that, in many situations, the access barriers might have to do with lack of clear and transparent information: some workers might be able and willing to take up new occupations, but they are effectively uninformed about these options.

It is commonly believed that a drop in salary is the reason workers do not change jobs. Your research indicates there are other – perhaps more influential – reasons. What did you discover?

Many job transitions entail a drop in salary, including many voluntary transitions. This suggests that people may value non-pecuniary aspects of their job and may be willing to sacrifice current pecuniary rewards in exchange of other benefits. Our approach does not rely on direct wage information, but rather on mobility data: we start from observed mobility patters and use them to draw inference (or learn something) about the total value that people attach to an occupation.

In today's job market where technology is causing some careers to become obsolete, what do your findings say about the barriers workers may encounter in finding new careers?

Given the fact that younger cohorts of workers are more likely to change occupations over their working life, our findings suggest that removing at least some of the non-task related barriers (access costs) to occupations might be beneficial. In particular, any access costs that reduce mobility between similar jobs and do not serve a clear and tangible purpose should be reduced or removed.

Your research seems very important, especially to youth finishing up their education readying themselves for the workplace. If you could explain “The Costs of Occupational Mobility” in a few paragraphs what would you say?

The main question the paper tries to answer is what are the barriers that prevent people from changing jobs. In our research, we do not take a stand on whether these barriers are useful or not for some specific purpose, but rather point out how different jobs entail different tasks with additional required training.

Our research shows that intangible costs that have nothing to do with the tasks of a job account for a lot of the “missing” mobility observed in data. When a shock hits the economy, requiring people to change jobs, you have a bunch of people who have no choice but to switch however ill prepared they may be to do so. As an approximation one can think of other jobs as little, separate points in the economy, some closer to the current job than others. These occupations can be very close or far apart, based on tasks performed. We must critically think how much of this distance explains the lack of mobility across jobs.

While we show that the relative distance of other jobs certainly matters for the type of transition we observe in the data, we also find that simple access costs play an even more important role, regardless of tasks. In the not so distant past the market was much more fluid, a lot of the tasks requirements were implicitly assessed through on-the-job training and relatively fewer barriers existed. Over time we have introduced both formal and informal regulations and requirement, which make it difficult to transit even between relatively similar occupations.