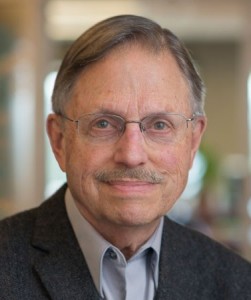 Congratulations to Gordon Munro, Professor Emeritus, on being named a co-recipient of the 2016 Murray A. Newman Award for Significant Achievement in Aquatic Conservation . The award went to the Canada’s Pacific Groundfish Trawl Habitat Agreement, a global precedent negotiated between fishermen and environmental groups to address the impact of bottom trawling on sensitive seafloor habitats. Dr. Munro was named a co-recipient of the award because of his work on that agreement.

In addition to being a Professor Emeritus in the Vancouver School of Economics, Dr. Munro is an Associate in the Fisheries Centre at the University of British Columbia. His main research interest is in the economics management of world fishery resources, which has led to doing work for the FAO of the United Nations, the Organization for Economic Co-operation and Development, and the World Bank.

Through his academic research, his teaching of a generation of fisheries economists and his policy advisory work, Gordon has been instrumental in identifying, promoting and introducing improved fisheries management in Canada and around the world.

In addition to his extensive list of influential research results, Gordon has been supervisor or co-supervisor for upwards of 20 PhD students at UBC in various areas of fisheries management and served as external PhD examiner for many universities in different countries. His ongoing contributions to environmental economics is greatly appreciated by everyone who works and studies with him.