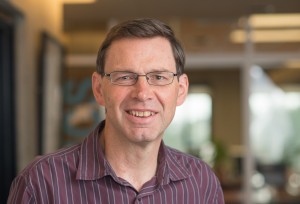 Congratulations to Professor David Green on the significant achievement of receiving the 2016 Dean of Arts Award. This award is made possible with the generous support of the law firm of Taylor Jordon Chafetz. The Dean of Arts Award is the top award in the Faculty of Arts, which is awarded annually to an individual faculty member in recognition of exceptional contributions in teaching/learning, research, and service/community engagement.

Amongst a very long list of achievements, Professor Green championed the creation of the Vancouver School of Economics (VSE) and its new undergraduate degree program, the Bachelor of International Economics (BIE). Less than two years after its launch, the BIE was identified by Maclean's Magazine as a 'standout' undergraduate program. He was subsequently instrumental in helping to secure a Canada Excellence Research Chair, and he served on the building committee to prepare and redesign the iconic Iona Building to serve as the VSE's new home.

As a researcher, Professor Green is ranked in the top four percent of economists worldwide. He has served on the editorial board of American Economic Review, the discipline's top journal, and has been editor of the Canadian Journal of Economics. He has twice won the Harry Johnson Prize for best paper in the latter journal and has won the Purvis Prize for outstanding contributions to research on public policy in Canada. His research on how technology has been changing labour markets has been cited in the New York Times, The Wall Street Journal, The Atlantic, and Bloomberg Magazine. David has long been one of the School's most sought-after mentors, advising students who have become prominent figures in both government and academia. All of his advisees have completed their program and all have found employment in their fields.

As part of the terms of the award, the recipient is asked to designate a senior Professor who has made significant contributions to the Faculty and in whose name the award is received. Professor Green has chosen to honour Professor W. Craig Riddell of the VSE.

"I'm very honoured to get this award but even more so to think that my colleagues would put me up for it," says David of the accolades. "What I like most about this award is that it has a different name every year - opening up the opportunity to honour someone who has really contributed in multiple areas. I was very happy to get to nominate Craig for that honour."

In speaking of his long-term professional collaboration with Professor Riddell, David says, "Craig has been both my model and my mentor. He is a true public scholar and has contributed generously in many areas. He was head of the department at a time when resources were particularly scarce and managed not only to keep us together but to build the core of our current unit. He has given incredible amounts of time and energy to advising the federal government, including directing the economics part of the Macdonald Commission in the 1980s through to being one of the panel members on the federal Expert Panel on Older Workers (at one point, top bureaucrats in Ottawa were only half-jokingly talking about renting him an apartment there in order to save on hotel expenses because he was there so much). While doing all of this, he has had a very successful research career and is undeniably the senior labour economist in Canada."