Canada’s Tax System Needs to Support Both Fairness and Growth 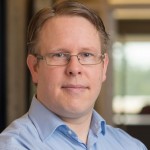 Canada needs to fix its broken tax policies, according to VSE Associate Professor Kevin Milligan, to ensure the system is fair to all. In his new report, Tax Policy for a New Era: Promoting Economic Growth and Fairness, he presents evidence supporting a move to a ‘dual approach’ taxation system in Canada. Dr. Milligan is a Fellow-in-Residence for the C.D. Howe Institute, who sponsored the report.

Why did you write this report?

With this report, I’m trying to start a conversation on how we can design our tax system to promote both fairness and growth. There are many important tax reforms we should be looking at, but to get these changes through, we need to ensure Canadians have complete confidence in the fairness of our tax system.

The 1966 Royal Commission on Taxation findings lead to the ‘comprehensive income tax’ approach that current Canadian tax policy is based upon. The 1966 findings are generally lauded as ‘fairness in taxation’, but you’re saying “not any more”. What’s become unfair about Canada’s tax system?

The comprehensive income approach is coming under pressure because of changes to the economy and what we know about the economy. Income has become more concentrated, but we know that high earners respond strongly to higher tax rates. Canada’s current tax system is frozen in its ability to respond to the biggest source of changes to the fairness of our economy.

There are many pro-growth reforms we should be looking at, such as corporate tax changes, GST reform, or even putting prices on pollution through green tax reform. All of these improvements would make our economy more efficient and promote investment and the jobs of the future.

You recommend a ‘dual approach’ to modernize tax policy in Canada. Fundamentally, how would this be different from current policies?

The Dual Income Tax idea has been in place in Sweden and the Nordic countries for over 20 years. The idea is to tax income from employment on a progressive tax schedule, but investment, or capital, income would be taxed at a simple flat rate. Currently, investment income and income from employment are added together in an attempt to form a ‘comprehensive income’ measure.

You proposed reform to capital income taxation? What and why?

We want to have a tax system that promotes growth and entrepreneurship. That involves some changes to taxation of corporate income and investment income. I’ve proposed simplifying the taxation of dividends and capital gains to a simple flat rate that is fairly close to the rates people pay today, and to move the rate paid on interest down to that level as well. Finally, I’ve proposed a reform to corporate taxes that removes taxes on the normal return to corporate investment and only taxes ‘super-normal’ returns. These changes are meant to spur more investment in the Canadian economy to help provide the jobs of the future.

Another theme in the report is fairness in environmental taxes or levies. What tax policy reforms are you suggesting in this area?

I don’t have any particular reforms to suggest in the environmental tax area, but I do know that the largest barrier to making progress in this area is ensuring Canadians have complete confidence in the fairness of the tax system. If we can change the tax system to allow it to better respond to calls for more fairness, we have a better shot at getting important ideas like ‘green’ tax reform into practice.

How do you suggest tax policy reform be implemented?

Moving to a Dual Income Tax is a big step and requires more study and careful implementation. But, there are steps we can take right away that are worthy on their own, which will also set the stage for a future move to a Dual Income Tax. We can start improving the system by removing boutique tax credits (like the children’s fitness tax credit) and taxing stock options as employment income rather than offering options special tax breaks. On the capital income side, we can start by simplifying the taxation of dividends and capital gains income to a common, flat rate.

Not everyone will agree with your ideas. What do you wish to say to critics of your report?

For those concerned about the proposal to tax employment income at higher rates, I would say that the best way to grow the economy is to ensure we have a strong environment for investment. But in order to get those tax changes to encourage investment in place, we need to ensure Canadians have complete confidence in the fairness of the tax system. With a Dual Income Tax, we can have a system that promotes both growth and fairness.

For those concerned about changing the taxation of capital income and corporate income, I would say that I’m concerned about the kind of jobs the middle class will have in the next generation. In my view, the best way to build the economy of the future is to ensure we have the strongest possible investment climate so that firms will invest more here.

Dr. Milligan’s report was launched at the distinguished Benefactors’ Lecture event, sponsored by the C.D. Howe Institute and the Chartered Professional Accountants of Canada, at which he was the keynote speaker. A full copy of his speaking notes may be viewed here.