From the lecture hall to the IMF: Economist Yan Carrière-Swallow (BA’ 06)

It’s a role the UBC alumnus did not initially envision for himself, having arrived at UBC to study engineering. But a switch into Arts and a second-year class in understanding globalization led him to an Economics major.

“That class was great because it raised a lot of ethical questions and coincided with protests going on at that time in the late nineties and early 2000s,” said Carrière-Swallow. “People were protesting the World Trade Organization and the opening up of countries to trade and foreign investment. The professor would bring the facts, bring the research, and help us develop a nuanced view of the issues.” 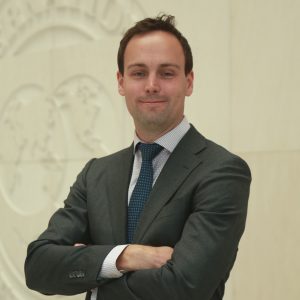 Flash forward a few years and Carrière-Swallow has hit his stride working for the IMF. He said some of the most exciting files he’s tackled so far are lending programs in Guinea and Argentina.

“Our lending work is often high stakes and very intense. But it’s also extremely rewarding to feel like we are doing our part to help countries through a difficult period.”

Carrière-Swallow credits part of his career success to UBC.

“I find that the competitive advantage of the UBC training in economics is that it’s very interdisciplinary and strong in communications. You do a lot of writing. And on the job or in a policy role, if you’re at a ministry or economic organization, a lot of what you do is write to communicate technical ideas to varied audiences.”

“It would definitely be the case that without my education at UBC, I wouldn’t be able to do the things I do today.”